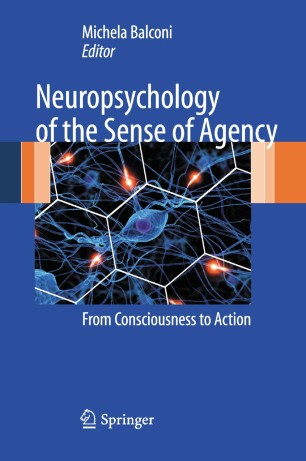 Neuropsychology of the Sense of Agency

From Consciousness to Action

The complex issues of agency and self-agency have been examined by researchers in the related fields of psychology and neuropsychology. This volume approaches the cognitive and neuropsychological correlates as two sides of the same coin, with the aim of establishing a correspondence between the hardware (cerebral processes) and software (cognitive processes) of the representation of agency. All living systems self-regulate, and within any living system - whether it is as small as a cell or a complete plant or animal - there must be communication between its many parts. In addition, a prerequisite for organisms to act is an ability to distinguish between self and other. In humans, this ability may be either learned or comprise an inherent part of the process of action. The predominant account explaining the sense of agency of our own actions is the “central monitoring theory” or “comparator model” which postulates the monitoring of central and peripheral signals arising as a consequence of the execution of an action. Alternative perspectives include simulation theory. These models, as well as the contribution of body representation for agency, are explored here, taking into account the significance of proprioceptive feedback for self-agent attribution. Finally, the neural correlates of action and agent representation are discussed in the context of recent empirical results.