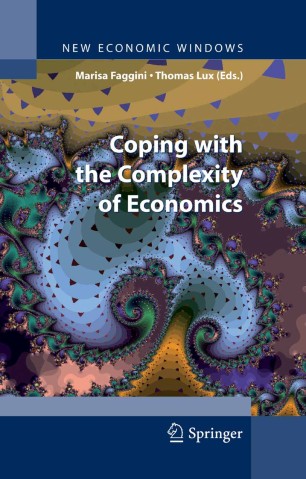 Coping with the Complexity of Economics

The purpose of the science of complexity is to provide, if not a unified approach, at least useful tools to tackling complex problems in various scientific domains. Generally, complexity is considered a fundamental challenge to the reductionist approach in science as a whole and to its ideas of certainty and randomness.

All this is true for economic systems. These are based on the activities of single economic agents. Each individual can obtain only partial knowledge that is focussed around its "world" (local information) and react to external shocks in different ways (local rationality).

The aim of this book is to provide an overview to recent developments in theory and empirical research that view economic systems as complex phenomena whose aggregate dynamics can often not be inferred from its microscopic (microeconomic) building blocks. The collection of papers represented in this volume is dedicated to the memory of Massimo Salzano, who has been a fervent and eloquent advocate of the complexity approach.

The contributions have been presented at a conference held to celebrate Massimo’s 60th birthday (Ecople -Economics: From Tradition of Complexity, Capri, 2-4 June, 2006), one year before he unexpectedly passed away in 2007.