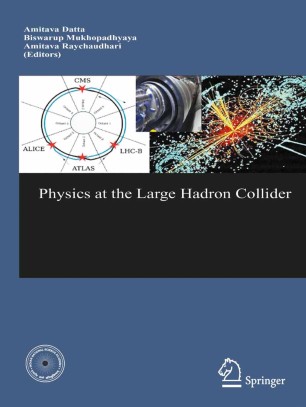 Physics at the Large Hadron Collider

In an epoch when particle physics is awaiting a major step forward, the Large Hydron Collider (LHC) at CERN, Geneva will soon be operational. It will collide a beam of high energy protons with another similar beam circulation in the same 27 km tunnel but in the opposite direction, resulting in the production of many elementary particles some never created in the laboratory before. It is widely expected that the LHC will discover the Higgs boson, the particle which supposedly lends masses to all other fundamental particles. In addition, the question as to whether there is some new law of physics at such high energy is likely to be answered through this experiment. The present volume contains a collection of articles written by international experts, both theoreticians and experimentalists, from India and abroad, which aims to acquaint a non-specialist with some basic issues related to the LHC. At the same time, it is expected to be a useful, rudimentary companion of introductory exposition and technical expertise alike, and it is hoped to become unique in its kind. The fact that there is substantial Indian involvement in the entire LHC endeavour, at all levels including fabrication, physics analysis procedures as well as theoretical studies, is also amply brought out in the collection.