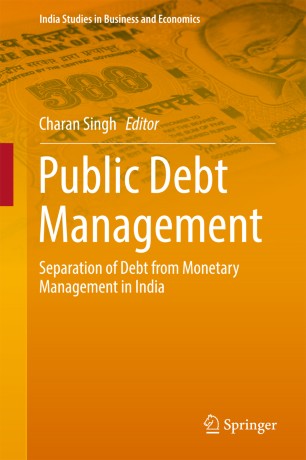 Separation of Debt from Monetary Management in India

This book examines the objectives of public debt management and the re-emerging issue of separating monetary policy formulation from fiscal and debt management. The recent Great Recession has resulted in a rethink of the objectives and working of macroeconomics, and in many countries, including India, has led to the scope of fiscal operations being expanded and debt-to-GDP ratios increasing significantly. Consequently, debt management has encountered considerable difficulties, and the need for coordination between monetary and debt management has assumed greater significance. The book discusses the important issue of the independence of central banks and the need for coordination between debt managers, monetary authorities and finance ministries if debt operations are separated from monetary management.