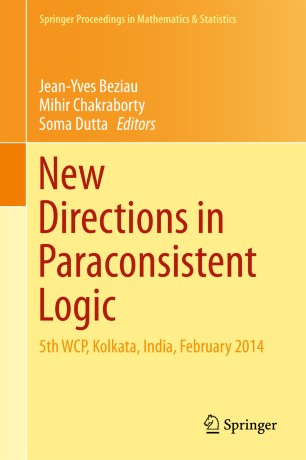 The present book discusses all aspects of paraconsistent logic, including the latest findings, and its various systems. It includes papers by leading international researchers, which address the subject in many different ways: development of abstract paraconsistent systems and new theorems about them; studies of the connections between these systems and other non-classical logics, such as non-monotonic, many-valued, relevant, paracomplete and fuzzy logics; philosophical interpretations of these constructions; and applications to other sciences, in particular quantum physics and mathematics. Reasoning with contradictions is the challenge of paraconsistent logic. The book will be of interest to graduate students and researchers working in mathematical logic, computer science, philosophical logic, linguistics and physics.