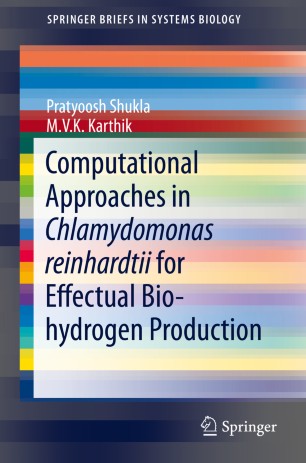 Part of the SpringerBriefs in Systems Biology book series (BRIEFSBIOSYS)

This book describes the feasibility of using molecular dynamics as a screening technique to identify the stability of HydA1 and PetF interactions. Structure-based computational approaches are necessary to recognize and characterize protein-protein complexes and their functions. It introduces the idea that for specific proteins, homology modeling is the most effective technique and that docking algorithms are an increasingly powerful tool for providing a detailed explanation of such interactions. This book is a useful source of information on biomass-based biofuels for researchers in the field of bio-hydrogen and bioinformatics techniques. Biofuel and bioenergy produced from unicellular microalgae Chlamydomonas reinhardtii is a clean energy source, and providing information about functional optimization in HydA1 and PetF interactions will help researchers to adopt swift screening methods to identify key protein complexes and their functions. The book also provides an introduction to hydrogenases and associated Chlamydomonas reinhardtii, which is a useful model microorganism for research on biofuel production. The book focuses on the in silico methods such as phylogenetic studies, homology modeling, molecular docking, electrostatic studies and conformational analysis, which have the potential to become the most cost-effective methods for bio-fuel production.

This book provides a valuable resource to senior undergraduate and graduate students, researchers, professionals and other interested individuals or groups working in the area of bioenergy with special reference to microalgal biofuel.

Dr. P. Shukla is working as Head, Department of Microbiology at Maharshi Dayanand University, Rohtak, India. Dr. Shukla is also working as General Secretary of Association of Microbiologists of India (AMI), which is 75 year old and one of the reputed scientific organizations in the world.

His research interests are in the fields of Enzyme technology and Protein Bioinformatics. He has more than 14 years research and teaching experience in reputed universities of India and abroad. He has written 2 Books, 13 book chapters, one patent and edited 3Biotech Journals (Springer) and published more than 60 peer reviewed international papers in reputed journals. He has also supervised or graduated 6 Ph.D. students. He has successfully carried out 6 R & D projects as Principal investigator and/or Co-investigator.

He received several awards, including ‘Prof. S.B. Saksena, F.N.A., Award’ in Life sciences (1999), Best presentation Award (Senior Category-2006) by NCSTC, India, NRF-DUT PDF Award in Enzyme Biotechnology (2008), Danisco India Award in Probiotics & Enzyme Technology (2010) and Indo-US Professorship Award (2014) by Indo-US Science and Technology Forum (IUSSTF) and American Society of Microbiology (ASM). He was selected as Scientist in Southern Ocean Expedition (2011). He is serving as Editor in Indian Journal of Microbiology (Springer) and as Editorial Board Member and Reviewer in many journals. He has also been Editor in Chief, Internet Journal of Microbiology, Internet Scientific Publishers, USA (2008-2009).

MVK Karthik had obtained his Masters in Bioinformatics from Birla Institute of Technology in Mesra, India and graduated in Biotechnology and simultaneously pursed GNIIT certificate course (Software Engineering) from NIIT. After graduation he worked for Google (2008-2009) where he was involved in developing tools for Google. During his sophomore year (December 2010) in Center for cellular molecular biology, he was involved in developing computational tools for analysis to identify conserved motifs among various genes which are expressed under environmental stress desiccation. His current research interests were Gene Regulation, Sequence Analysis, Algorithm designing & Programming, Intermolecular interactions, System biology and Statistical analysis.