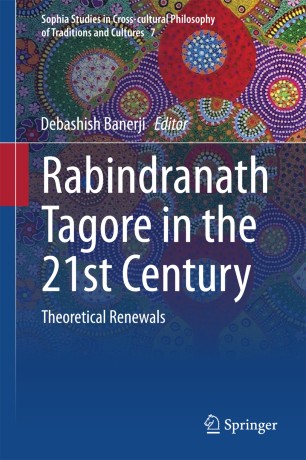 Rabindranath Tagore in the 21st Century

Part of the Sophia Studies in Cross-cultural Philosophy of Traditions and Cultures book series (SCPT, volume 7)

This critical volume addresses the question of Rabindranath Tagore's relevance for postmodern and postcolonial discourse in the twenty-first century. The volume includes contributions by leading contemporary scholars on Tagore and analyses Tagore's literature, music, theatre, aesthetics, politics and art against contemporary theoretical developments in postcolonial literature and social theory. The authors take up themes as varied as the implications of Tagore’s educational vision for contemporary India; new theoretical interpretations of gender, queer elements, feminism and subalternism in Tagore's literary and social expressions; his language use as a vehicle for a dialogue between positivism, Orientalism and other constructs in the ongoing process of globalization; the nature of the influence of Tagore's music and literature on national and cultural identity formation, particularly in Bengal and Bangladesh; and intersubjectivity and critical modernity in Tagore’s art. This volume opens up a space for Tagore’s critique and his creative innovations in present theoretical engagements.