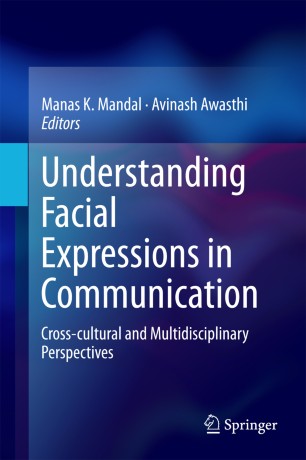 This important volume provides a holistic understanding of the cultural, psychological, neurological and biological elements involved in human facial expressions and of computational models in the analyses of expressions. It includes methodological and technical discussions by leading scholars across the world on the subject. Automated and manual analysis of facial expressions, involving cultural, gender, age and other variables, is a growing and important area of research with important implications for cross-cultural interaction and communication of emotion, including security and clinical studies. This volume also provides a broad framework for the understanding of facial expressions of emotion with inputs drawn from the behavioural sciences, computational sciences and neurosciences.

Manas K. Mandal is Distinguished Scientist &Director General (Life Sciences), Defence Research and Development Organization (DRDO), Ministry of Defence, Government of India. He was previously Director of the Defence Institute of Psychological Research, DRDO; Professor of Psychology at the Department of Humanities and Social Sciences, Indian Institute of Technology, Kharagpur, India; Visiting Professor at Kyushu University, Japan; Fulbright Visiting Lecturer at Harvard University, USA; and President of the National Association of Psychology, India. He was a post-doctoral Fulbright Fellow at Delaware University, USA and Shastri and NSERC Fellow at the University of Waterloo, Canada. Dr. Mandal has received various research fellowships and scientific awards, such as the International Scientific Exchange Award (Canada), Seymour Kety Grant (USA), DRDO Scientist of the Year Award (India), Vimla Virmani Award (National Medical Association of India), Career Award (India) and Young Scientist Award (Indian Science Congress), to name a few. He specializes in the area of social neuropsychology and has to his credit 10 books and more than 100 research papers and book chapters with international publication houses. His research findings are cited in more than 250 international journals and books all over the world. He has supervised more than 20 doctoral and post-doctoral theses.

Avinash Awasthi is Scientist ‘C’ at the Defence Institute of Psychological Research, New Delhi. He has been a Visiting Fellow at Kyushu University, Japan. His doctoral research is focused on understanding similarities and differences in the recognition of facial expressions of emotions between India and Japan. He has a postgraduate degree in psychology with specialization in organizational behaviour from Banaras Hindu University, Varanasi, India. His areas of research interest are non-verbal behaviour in general and facial expressions in particular and group behaviour. He has to his credit many research projects relating to the armed forces.