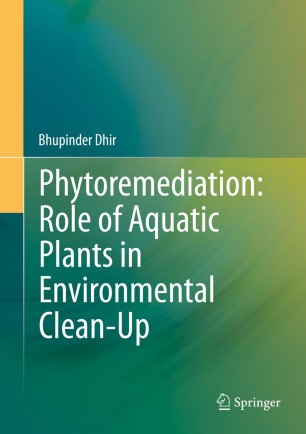 Contamination of the different components of environment through industrial and anthropogenic activities have guided new eras of research. This has lead to development of strategies/methodologies to curtail/minimize environmental contamination. Research studies conducted all over the globe established that bioremediation play a promising role in minimizing environmental contamination. In the last decade, phytoremediation studies have been conducted on a vast scale. Initial research in this scenario focused on screening terrestrial plant species that remove contaminants from soil and air. Later, scientific community realized that water is a basic necessity for sustaining life on earth and quality of which is getting deteriorated day by day. This initiated studies on phytoremediation using aquatic plants. Role of aquatic plant species in cleaning water bodies was also explored. Many of the aquatic plant species showed potential to treat domestic, municipal and industrial wastewaters and hence their use in constructed wetlands for treating wastewaters was emphasized. The present book contains five chapters. First two chapters provide information about types of contaminants commonly reported in wastewaters and enlists some important and well studied aquatic plant species known for their potential to remove various contaminants from wastewater. Subsequent chapters deal with mechanisms involved in contaminant removal by aquatic plant species, and also provide detailed information about role of aquatic plant species in wetlands. Potential of constructed wetlands in cleaning domestic and industrial wastewaters has also been discussed in detail. The strategy for enhancing phytoremediation capacity of plants by different means and effectiveness of phytoremediation technology in terms of monitory benefits has been discussed in last chapter. Last chapter also emphasizes the future aspects of this technology.