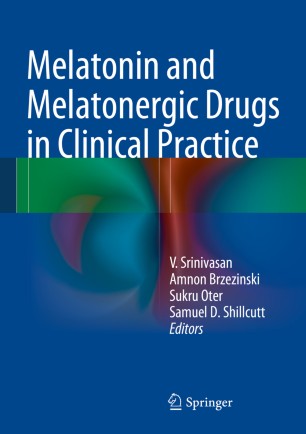 The book aims to cover basic physiologic functions of melatonin, and its therapeutic applications in humans for a variety of clinically relevant disorders. This book contains chapters on the recent aspects of melatonin physiology, its receptors and their role in mitochondrial function, its immunomodulatory role and importance in seasonal dependent diseases, role in human reproduction, role in sleep, circadian rhythm and sleep disorders, role in neurologic disorders such as Parkinson’s disease, Alzheimer’s disease. Additionally, melatonin’s therapeutic use in neurobehavioral disorders in children, migraine and tension headache is also covered in this book. Melatonin’s antioxidant role in Duchenne’s muscular dystrophy and in glaucoma have also been discussed in short chapters. Two major melatonin agonists, ramelteon and agomelatine are discussed extensively on their current clinical application and ongoing research. Two chapters on agomelatonin and its role in mood disorders, particularly depressive disorders, are an important feature of this book. The chapters are written by experts from the global academia recognized for their original research and published work in the field of melatonin science.