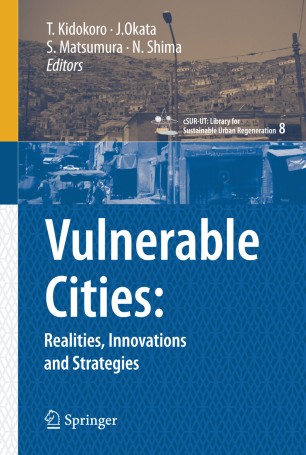 All cities are vulnerable. They have economically, socially, institutionally vulnerable urban space.

In developing countries, vulnerable urban space can be observed typically as substandard informal settlements such as slums or areas occupied by squatters. At present, slum dwellers comprise one-third of the world's urban population of 3 billion, and it has been estimated that the number of slum dwellers will double in the next 30 years if no effective action is taken. Improvement of vulnerable urban areas, which is one of the targets of Millennium Development Goals, is thus an urgent worldwide challenge in our age.

This book combines empirical and comparative analysis of improvement of vulnerable urban space and post-disaster rehabilitation in Asian and Latin American countries. The discussions presented herein will serve as a useful, thought-provoking source for researchers, practitioners and students, especially for those who are working to alleviate the vulnerability of urban space.