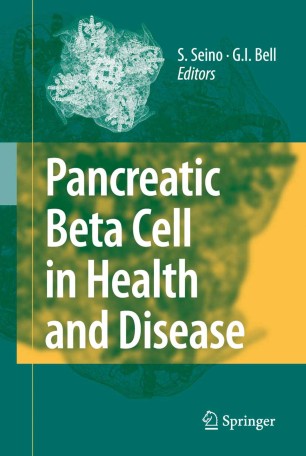 The beta cells of the pancreatic islets of Langerhans are the only cells in the body that produce and secrete insulin, a key metabolic hormone, which plays a central role in the maintenance of glucose homeostasis regulating glucose uptake in muscle and adipose tissue as well as carbohydrate, fat, and protein metabolism in these tissues and the liver. Failure of normal beta-cell function can lead to hyperglycemia (diabetes mellitus) or hypoglycemia. While hy- glycemia is a rare and life-threatening condition in which the beta cell secretes too much insulin, diabetes mellitus is a common disorder that is fast bec- ing an epidemic. It is a major threat to human health in the 21st century. The number of diabetic patients worldwide is rapidly increasing and is predicted to reach 380 million by 2025, according to the International Diabetes Fede- tion (IDF). Diabetes mellitus is a heterogeneous disorder with some forms such as maturity-onset diabetes of the young and permanent neonatal diabetes being primary genetic disorders of the beta cell. Monogenic forms of diabetes are an uncommon cause of diabetes representing about 1% of cases. The common forms of diabetes mellitus, designated type 1 and type 2, are multifactorial in origin with both genetic and environmental factors contributing to their development. Type 1 diabetes is caused by autoimmune destruction of beta cells leading to an absolute de? ciency of insulin and fatal hyperglycemia and ketoacidosis if not treated.