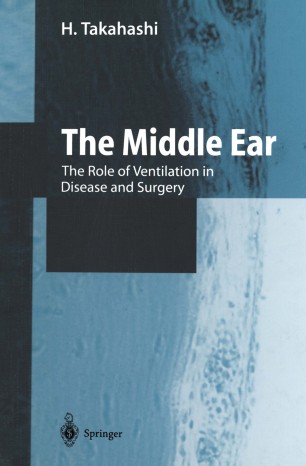 The Role of Ventilation in Disease and Surgery

For the middle ear to maintain its most important function, sound con­ duction, its pressure always needs to be kept around atmospheric level. The eustachian tube has long been believed to be the only organ playing the important role of pressure regulation of the middle ear. However, several phenomena that cannot be explained solely by reference to eustachian tube function have gradually emerged. For instance, otitis media with effusion cannot always be produced experimentally by selectively eliminating the ventilatory function of the eustachian tube by excising the tensor veli pala­ tini muscle and the hamulus pterygoideus. Also, most cases of otitis media with effusion (OME) in children can heal in spite of persistently poor tubal function even in the convalescent stage. In recent decades, gas exchange in the middle ear, particularly through the mastoid mucosa, has gradually come to light as another ventilation or pressure-regulation system for the middle ear. Although numbers of studies have revealed important information about the physiology and patho­ physiology of this function, there have been only a few studies related to gas exchange that directly contributed to the field of clinical otology by clarifying the pathogenesis of otitis media or to improving its treatment. One of the biggest reasons for the paucity of studies appears to be lack of an appropriate clinical method for assessing the gas exchange function.