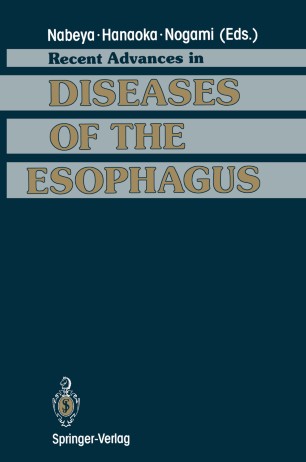 Recent Advances in Diseases of the Esophagus

Selected Papers in 5th World Congress of the International Society for Diseases of the Esophagus Kyoto, Japan, 1992

The Fifth World Congress of the International Society for Diseases of the Esophagus was held in the historic city of Kyoto, Japan, from August 5 through 8, 1992. Approximately 40 countries throughout the world participated and roughly 500 presentations were made. Excellent authors were selected and they were requested to send in their manuscripts for publication of this book. It is our ardent hope that this book will prove to be beneficial to the doctor interested in the esophagus and that it will provide the reader with first-hand information from leading scientists and clinicians in this field. The incidence of esophageal diseases vary greatly from country to country and in recent years, worldwide interest in these diseases has resulted in various international studies. The International Society for Diseases of the Esophagus was inaugurated by Professor Komei Nakayama in 1979 and since that time it has actively contributed to the exchange of information regarding these diseases and has made endeavors in bringing about advancement in the struggle against diseases of the esophagus in every way possible.