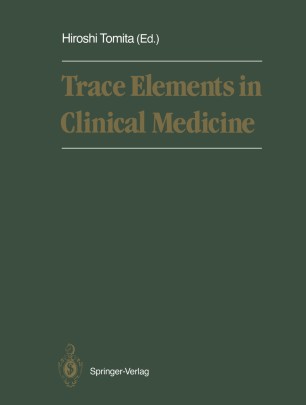 Proceedings of the Second Meeting of the International Society for Trace Element Research in Humans (ISTERH) August 28–September 1, 1989, Tokyo

The Second Meeting of the International Society for Trace Element Research in Humans (ISTERH) was held in Tokyo from August 28 through September 1,1989. On August 27, the day preceding the opening of the meeting, a typhoon made a direct attack on Tokyo, welcoming guests from all over the world in a rather violent way. To our great relief, the weather during the week of the meeting turned out to be exceptionally agreeable for that time of year in Tokyo. We were also pleased to see the entire scheduled course of the meeting, including the social activities, carried out smoothly and the contents of the program favorably appraised. The meeting was attended by 518 scientists from 30 countries. Recent unrest following steps toward democratization in the Communist bloc gave rise to some apprehension; therefore, we were particularly pleased to see attendants from China, Eastern Europe, and the Soviet Union. No one could possibly have predicted the drastic change in Eastern Europe that followed, but again, we were relieved to learn (by a subsequent letter) of the safety of an attendant from Rumania, who had been our greatest concern. A total of 384 papers were contributed to the meeting. The abstracts for all have been published in the Journal of Trace Elements in Experimental Medicine, vol 2, No. 2/3 (1989). This proceedings carries 64 subjects introduced in the Special Session.