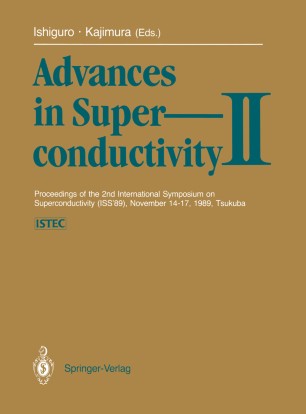 Since the First International Symposium on Superconductivity (ISS '88) was held in Nagoya, Japan in 1988, significant advances have been achieved in a wide range of high temperature superconductivity research. Although the T c's of recently discovered oxide superconductors still do not exceed the record high value of 125K reported before that meeting, the enrichment in the variety of materials should prove useful to the investigation of the fundamental mechanism of superconductiv­ ity in these exotic materials. The discovery of the n-type superconducting oxides proved to oppose the previously held empirical fact that the charge carriers in all oxide superconductors were holes. In addition, optimization of the charge carrier density has been established as a technique to improve the superconducting proper­ ties of the previously known oxide materials. Many new experimental and theoreti­ cal advances have been made in understanding both the fundamental and the applied aspects of high temperature superconductivity. In this latter area, various new processing techniques have been investigated, and the critical current densities and other significant parameters of both bulk and thin film oxide superconductors are rapidly being improved. At this exciting stage of research in high temperature superconductivity, it is extremely important to provide an opportunity for researchers from industry, academia, government and other institutions around the world to freely exchange information and thus contribute to the further advancement of research.