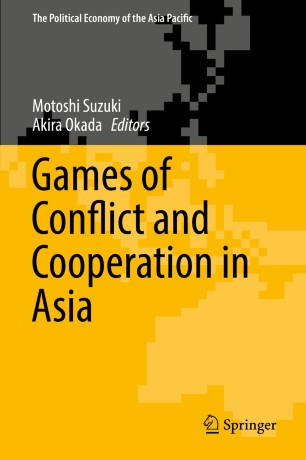 Games of Conflict and Cooperation in Asia

This edited volume is an outcome of the first major collaborative project between Japanese economists and political scientists, funded by the Japan Society for the Promotion of Science. The authors of the individual chapters show that Asian states play games of conflict and cooperation strategically by creating, changing, or destroying institutions. For them, conflict and cooperation are inseparable phenomena and are integral parts of states’ strategic interactions under constraints. Through the establishment of appropriate institutions that coordinate states’ actions, present conflict can be turned into stable cooperation in the future.

No discernible difference exists in the extent of rationality between the East and the West, but substantial variations between regions or even within a region are found in institutions that are influenced by history and culture. Historical and cultural variations divide contemporary Asia, making regional institutional cooperation difficult and prompting some Asian states to use global or inter-regional arrangements in order to obtain benefits of cooperation.

Qualifications are provided for this line of argument in the first chapter, which also discusses the affinity of international relations theory and game theory, with special attention to Japan and Asia. The following ten substantive chapters are developed based on the conceptual framework and, for integrity and coherence, are sub-grouped into four parts that correspond to major issues in international relations scholarship: (1) conflict management, (2) arms control, (3) trade, and (4) currency.