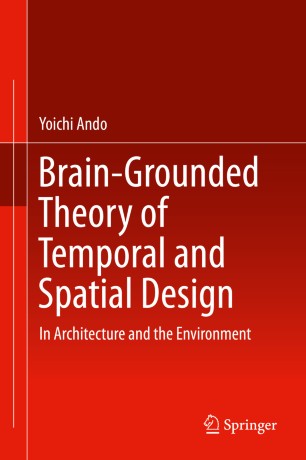 In Architecture and the Environment

In this book, brain-grounded theory of temporal and spatial design in architecture and the environment is discussed. The author believes that it is a key to solving such global problems as environmental disorders and severe climate change as well as conflicts that are caused by the ill-conceived notion of “time is money”. There are three phases or aspects of a person’s life: the physical life, the spiritual or mental life, and the third stage of life, when a person moves from middle age into old age and can choose what he or she wishes to do instead of simply what must be done. This book describes the temporal design of the environment based on the theory of subjective preference, which could make it possible for an individual to realize a healthy life in all three phases. In his previously published work, the present author wrote that the theory of subjective preference has been established for the sound and visual fields based on neural evidence, and that subjective preference is an overall response of cooperating temporal and spatial factors, associated with the brain’s left and right hemispheres, respectively. In this book, based on that theory, some examples are shown for the temporal design of architecture and the environment, which may play important roles in the development of personality, thus inducing creativity. Also discussed is how all individuals may find their own personality and develop it according to the preferred direction of their individual lives.