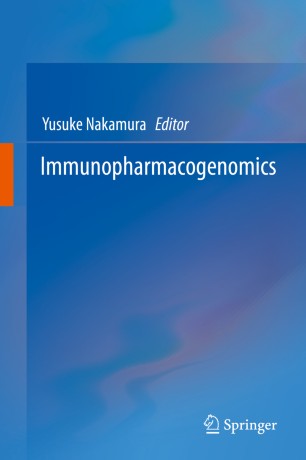 This book proposes immunogenomics, or immunopharmacogenomics, as the next-generation big science to uncover the role that the immune system plays in the pathogenesis of many diseases, by summarizing the importance of the deep sequencing of T-cell and B-cell receptors. Immunogenomics/immunopharmacogenomics, a genetic characterization of the immune system made possible by next-generation sequencing (NGS), will be important for the further understanding of the pathogenesis of various disease conditions. Abnormal immune responses in the body lead to development of autoimmune diseases and food allergies. Rejection of recipient cells and tissues, as well as severe immune reactions to donor cells, is also the result of uncontrolled immune responses in the recipient body. There have been many reports indicating that activated immune responses caused by the interaction of drugs and HLA are present in drug-induced skin hypersensitivity and liver toxicity. The importance of the host immune responses has been recognized in cancer treatments, not only for immunotherapy but also for cytotoxic agents and molecular targeted drugs. Hence, characterization of the T-cell receptor and B-cell receptor repertoire by means of NGS deep sequencing will ultimately make possible the identification of the molecular mechanisms that underlie various diseases and drug responses. In addition, this approach may contribute to the identification of antigens associated with the onset or progression of autoimmune diseases as well as food allergies. Although the germline alterations and somatic mutations have been extensively analyzed, changes or alterations of the immune responses during the course of various disease conditions or during various treatments have not been analyzed. It is also clear that computational analyses to draw meaningful inferences of functional recognition receptors on the immune cells remain a huge challenge.