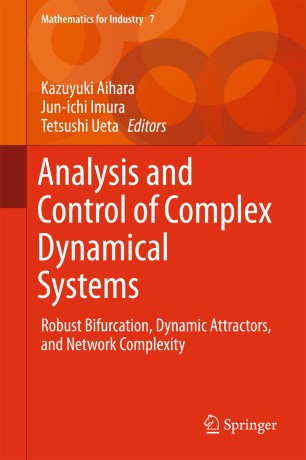 Part of the Mathematics for Industry book series (MFI, volume 7)

This book is the first to report on theoretical breakthroughs on control of complex dynamical systems developed by collaborative researchers in the two fields of dynamical systems theory and control theory. As well, its basic point of view is of three kinds of complexity: bifurcation phenomena subject to model uncertainty, complex behavior including periodic/quasi-periodic orbits as well as chaotic orbits, and network complexity emerging from dynamical interactions between subsystems. Analysis and Control of Complex Dynamical Systems offers a valuable resource for mathematicians, physicists, and biophysicists, as well as for researchers in nonlinear science and control engineering, allowing them to develop a better fundamental understanding of the analysis and control synthesis of such complex systems.