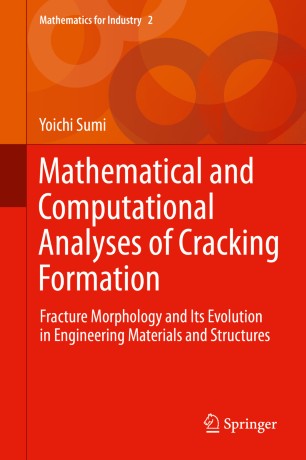 Fracture Morphology and Its Evolution in Engineering Materials and Structures

Part of the Mathematics for Industry book series (MFI, volume 2)

After starting with basic elasticity and fracture theories in parts one and two, this book focuses on the fracture morphology that develops due to the propagation of brittle cracks or fatigue cracks.

In part four, the numerical simulation method of a system of multiple cracks is introduced by means of the finite element method, which may be used for the better implementation of fracture control in engineering structures.

This book is part of a series on “Mathematics for Industry” and will appeal to structural engineers seeking to understand the basic backgrounds of analyses, but also to mathematicians with an interest in how such mathematical solutions are evaluated in industrial applications.