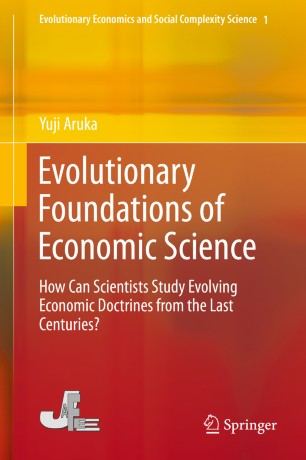 How Can Scientists Study Evolving Economic Doctrines from the Last Centuries?

This book aims to explain briefly the essential features of the founding theories of economics, and compare them with later theories developed to address inconsistencies in outcomes. The earlier stages of this book are focused on the economic ideas and theories developed mainly between the 1930s and 1950s, because their emergence bred what were effectively new branches of economics. Over time, these economic theories have been gradually updated, but this updating has not necessarily addressed their theoretical difficulties. Roughly speaking, the updates converged towards behavioral science without eliminating the essential problems behind the theories. The idea of bounded rationality was a typical concern of these revisions. With universal rationality, then the core of the theory remained. The ideas of systems science were therefore increasingly less associated with this revisionist economic theory. However, even as these updates were being proposed, the world was dramatically changing. To use my favorite phrase, a car is no longer a car, but an adaptive cruising system, an air fighter is no longer an air fighter in the sense that stability is no longer part of its structural design. The control of modern vehicles is becoming further removed from human input. This also applies to the market. The revisionist approach therefore does not fully describe the essential transformations emerging in the world.