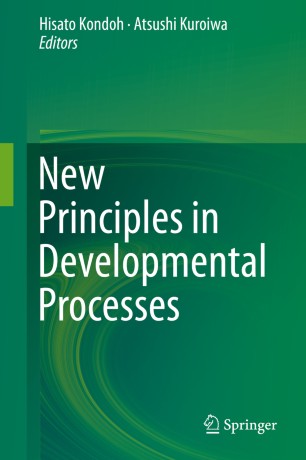 This book highlights representatives of emerging new principles in the developmental biology field, such as cell competition, tissue asymmetry, a farewell to classical germ layer theory, and various new insights into tissue morphogenesis and specification based on the most modern experimental approaches. A large-scale paradigm shift occurred in the last decade owing to innovations in powerful live imaging technologies, gene manipulation techniques in developing embryos, and in-depth understanding of signaling systems, among other advances. Comparison between different animal species also highlighted commonalities of underlying principles, which had not been previously recognized. This book represents important elements that caused that paradigm shift, showing typical examples of phenomena or experimental evidence. It has as its mission the highlighting of important problems that currently are being solved, that are yet to be solved, and that are even still emerging. In other words, this book looks to the future based on the most up-to-date knowledge.

The authors take an energetic, fresh approach to opening up new horizons, and their work here represents the leading edge of contemporary developmental studies of international repute. Readers—both students and established scientists in the biomedical field—will learn where we are, where the problems are, and which way to go in their understanding of the developmental processes. Stem cell sciences need a solid grounding in real developmental processes. The new principles presented in this book provide important suggestions for designing three-dimensional functional organs in vitro and in other forms, and thus will contribute significantly to the future of stem cell sciences and regenerative medicine.