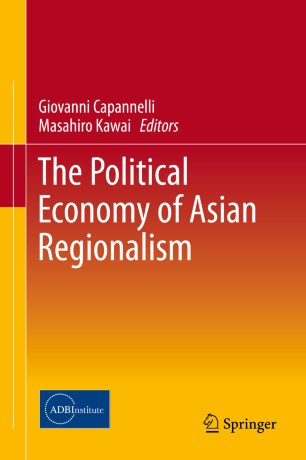 The Political Economy of Asian Regionalism

This book contributes to the theoretical and empirical literature on Asian regionalism, with a focus on the innovations needed to reform the current institutional architecture in Asia. After reviewing the key issues and challenges related to the political economy of Asia’s economic cooperation and integration, the book discusses various aspects of regionalism from political and economic perspectives. It looks at the rationale for regional collective action and reviews the trend of economic integration with a focus on the implications of the global financial crisis. In addition to reviewing the key issues related to the development of regional institutions for integration, the book analyzes issues such as trade and finance and deals with the implications of regionalism in terms of the introduction of domestic reforms in Asian countries before discussing the possible formation of a region-wide economic community. The eight chapters of the book are based on respective papers initially prepared for the Asian Development Bank Institute Conference  2010.

Masahiro Kawai is the Asian Development Bank Institute’s dean and CEO. He was previously special advisor to the Asian Development Bank president in charge of regional economic cooperation and integration. Before that he was in academia, first as an associate professor of economics at The Johns Hopkins University and later as a professor of economics at the University of Tokyo. He also served as chief economist for the World Bank’s East Asia and the Pacific region and as deputy vice minister for international affairs of Japan’s Ministry of Finance. His publications focus on economic regionalism. He holds a BA in economics from the University of Tokyo and a PhD in economics from Stanford University.