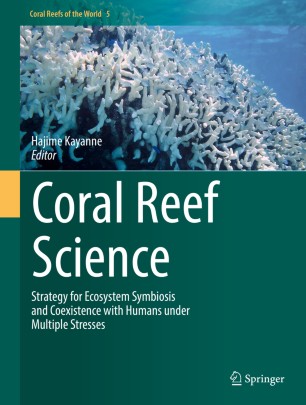 Strategy for Ecosystem Symbiosis and Coexistence with Humans under Multiple Stresses

Part of the Coral Reefs of the World book series (CORW, volume 5)

This book aims to illuminate coral reefs which comprise a symbiotic system coexisting among ecosystems, landforms, and humans at various levels and to provide a scientific basis for its reconstruction. The authors conducted an interdisciplinary project called “Coral Reef Science” from 2008 to 2012 and obtained novel results and clues to unite different disciplines for a coral reef as a key ecosystem.