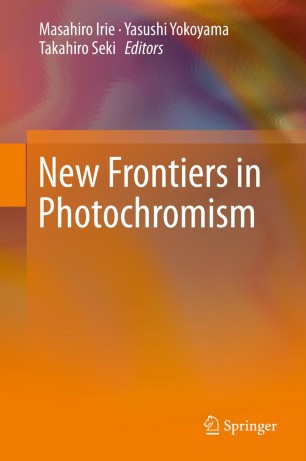 Photochromism is the reversible phototransformation of a chemical species between two forms having different absorption spectra. During the phototransformation not only the absorption spectra but also various physicochemical properties change, such as the refractive index, dielectric constant, oxidation/reduction potential, and geometrical structure. The property changes can be applied to photonic equipment such as erasable memory media, photo-optical switch components, and display devices. This book compiles the accomplishments of the research project titled “New Frontiers in Photochromism” supported by the Ministry of Education, Culture, Sports, Science and Technology of Japan. The project focused not only on the above-mentioned classical subjects in photochromism, such as color changes, optical memory, and optical switches, but also on fundamental physicochemical studies and unprecedented application fields that have not yet been explored in photochromism. The latter topics include light-driven mechanical motion, photocontrol of surface wettability, metal deposition on solid materials, photocontrol of chiral properties, ultrafast decoloration dyes, and femtosecond laser experiments, among others.