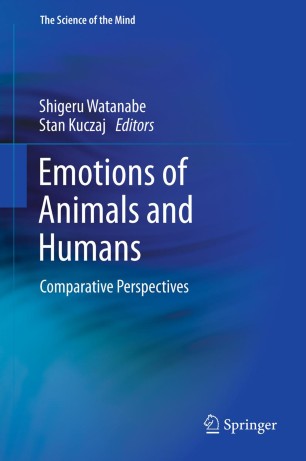 Emotions of Animals and Humans

This book takes a multidisciplinary approach to emotion, with contributions from biologists, psychologists, neuroscientists, robot engineers, and artists. A wide range of emotional phenomena is discussed, including the notion that humans’ sophisticated sensibility, as evidenced by our aesthetic appreciation of the arts, is based at least in part on a basic emotional sensibility that is found in young children and perhaps even some non-human animal species.  As a result, this book comprises a unique comparative perspective on the study of emotion. A number of chapters consider emotions in a variety of animal groups, including fish, birds, and mammals. Other chapters expand the scope of the book to humans and robots. Specific topics covered in these chapters run the gamut from lower-level emotional activity, such as emotional expression, to higher-level emotional activity, such as altruism, love, and aesthetics. Taken as a whole, the book presents manifold perspectives on emotion and provides a solid foundation for future multidisciplinary research on the nature of emotions.