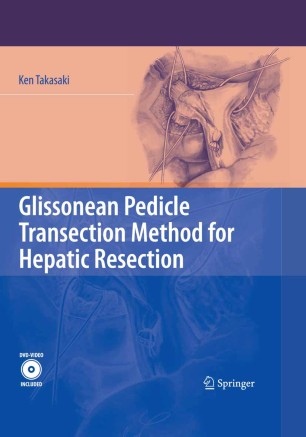 The ? rst time I met Professor Takasaki was in 1986, at the CICD meeting in Jerusalem, when he presented his personal technique for liver res- tion. I was very enthusiastic about the originality and simplicity of his method and suggested that he report his experience. I told him that if he wrote a book, I would write the foreword for it. Here I keep my word. Professor Takasaki’s technique for liver resection derives from an original concept of anatomical division of the liver into three segments based on the distribution of the portal branches. This might seem strange when we have been used to the Couinaud anatomy for the past 20 years. In fact, however, there is a close correlation between the two anatomies if we consider that the right portal branch is short or even nonexistent. We can say that portal blood is distributed to three portions of the liver: the right segment, the middle segment, and the left segment for Takasaki; and the right posterior sector, 1 the right anterior sector, and the left liver for Couinaud. Thus the liver is divided into three in both classi? cations.