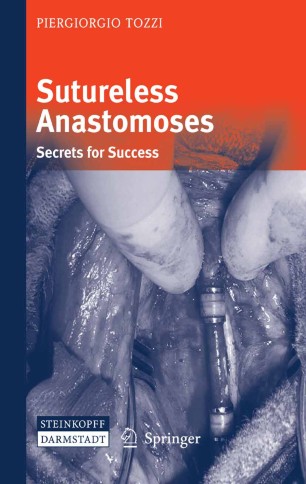 When doctors first look at sutureless anastomosis devices created by new technologies, the most frequent comment is how amazingly easy it is to create a vascular anastomosis and, as a direct consequence, they believe anybody could play the role of the cardiovascular surgeon. Pessimistic c- diovascular surgeons, on their side, think that creating a machine capable of perfectly reproducing their core activity, which consists in making an- tomosis, will kill their profession. Actually, no medical specialty’s demise has been more often predicted and, at the same time, more greatly ex- gerated than that of cardiovascular surgery. According to its detractors, - ginning in the late 1980s with the angioplasty boom, continuing in the mid-1990s with the introduction of bare metal stents, and then more - cently with the introduction of drug-eluting stents, cardiovascular surgery has been on life support for nearly 15 years. This specialty’s claimed collapse has generally been attributed to recent advantages in percutaneous procedures and devices that give the oppor- nity to non-surgeon doctors to accomplish the surgeon’s work. The reality is different. Data suggest that cardiac surgery continues to survive and has not suffered the precipitous decline that was predicted. From the economical standpoint, CABG is much more of a mature market and the size of the opportunity remains impressive and relatively stable, with around 1,500,000 procedures performed annually worldwide, at a total cost approaching 2. 5 billion US$.