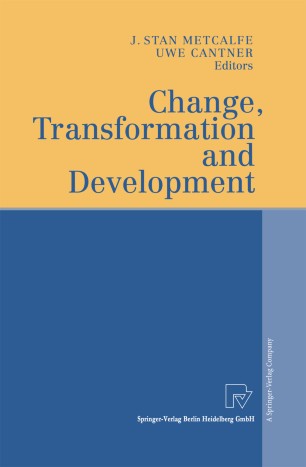 For as long as one can remember, the edifice of the neoclassical economic syn­ thesis has been under attack. Critiques have focused on the extreme unreality of the assumptions that underpin the Arrow-Debreu theorems of welfare economics. They have queried the excessive formalism of the edifice, and the lack of practical significance of many of the results.They have castigated the neoclassical synthesis for its internal incoherence (lacking an independent theory of capital, for example, one of the favorite topics of the Cambridge school), its lack of a dynamic element, its non-evolutionary character, its lack of any conception of "market process" ­ and so the list could be continued (Blaug, 1997). Through all this, the neoclassi­ cal synthesis remains as strong as ever, impervious it seems to these or any other attacks. In this paper a different tack is taken. The neoclassical edifice is left alone, standing as a representation of what goes on in a certain kind ofeconomy- namely the economy wheregoods and services are producedand exchanged. The paper then introduces another kind of economy, namely an economy of productive entities ­ called "resources"- that are needed to produce the economyofgoods and services.