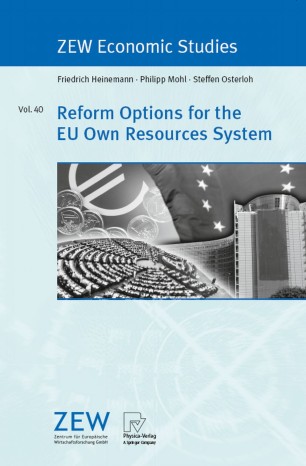 Reform Options for the EU Own Resources System

This study develops a reform proposal for the future revenue system of the EU budget. The findings strongly reject the idea that a reform based on an EU tax-based own resource would remedy current problems.

Against the background of the status quo analysis the authors present a reform model which includes the complete phasing out of the VAT resource, a financing of the budget completely on the basis of the GNI resource and a generalised but limited correction mechanism (GLCM). The GLCM would make a clear distinction between policies having an intentional distributive effect or not. A further element of the reform proposal is a move towards a stronger financial contribution of regions to EU spending.