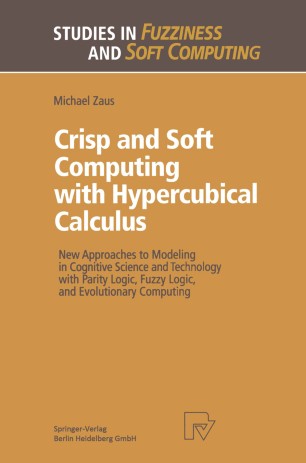 Part of the Studies in Fuzziness and Soft Computing book series (STUDFUZZ, volume 27)

Three transdisciplinary mainstreams of crisp and soft computing are presented in this book. (1) An entirely new approach to scientific modeling from scratch as based on parity logic with new operators for binary computing and the new framework of Langlet transforms. (2) A compact overview of the foundations of fuzzy logic, and a comprehensive treatment of fuzzy nonlinear dynamical predictor systems in terms of fuzzy cognitive maps. Readers interested in new ways of causal modeling and nonlinear forecasting are introduced to fuzzy knowledge engineering as a paradigm shift in intelligent computing. (3) New perspectives for evolutionary computing with an integro-differential operator from parity logic, and a systematic elaboration of autogenetic algorithms for search in high dimensional feature spaces. Readers interested in fast computing, practical applications of causal reasoning with fuzzy logic, and interactive experimental control environments as based on evolutionary computing, will gain significant insights into a variety of computational power tools.