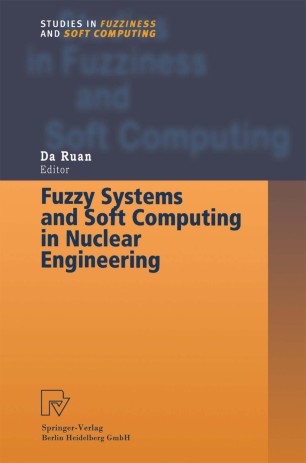 Part of the Studies in Fuzziness and Soft Computing book series (STUDFUZZ, volume 38)

Fuzzy systems and soft computing are new computing techniques that are tolerant to imprecision, uncertainty and partial truths. Applications of these techniques in nuclear engineering present a tremendous challenge due to its strict nuclear safety regulation. The fields of nuclear engineering, fuzzy systems and soft computing have nevertheless matured considerably during the last decade. This book presents new application potentials for Fuzzy Systems and Soft Computing in Nuclear Engineering. The root of this book can be traced back to the series of the first, second and third international workshops on Fuzzy Logic and Intelligent Technologies in Nuclear Science (FUNS), which were successfully held in Mol, September 14-16, 1994 (FLINS'94), in Mol, September 25-27, 1996 (FLINS'96), and in Antwerp, September 14-16, 1998 (FLINS'98). The conferences were organised by the Belgian Nuclear Research Centre (SCKeCEN) and aimed at bringing together scientists, researchers, and engineers from academia and industry, at introducing the principles of fuzzy logic, neural networks, genetic algorithms and other soft computing methodologies, to the field of nuclear engineering, and at applying these techniques to complex problem­ solving within nuclear industry and related research fields. This book, as its title suggests, consists of nuclear engineering applications of fuzzy systems (Chapters 1-10) and soft computing (Chapters 11-21). Nine pertinent chapters are based on the extended version of papers at FLINS'98 and the other 12 chapters are original contributions with up-to-date coverage of fuzzy and soft computing applications by leading researchers written exclusively for this book.