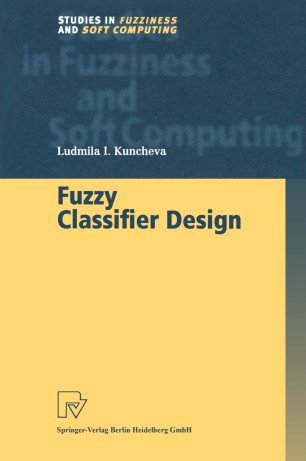 Part of the Studies in Fuzziness and Soft Computing book series (STUDFUZZ, volume 49)

Fuzzy sets were first proposed by Lotfi Zadeh in his seminal paper [366] in 1965, and ever since have been a center of many discussions, fervently admired and condemned. Both proponents and opponents consider the argu­ ments pointless because none of them would step back from their territory. And stiH, discussions burst out from a single sparkle like a conference pa­ per or a message on some fuzzy-mail newsgroup. Here is an excerpt from an e-mail messagepostedin1993tofuzzy-mail@vexpert. dbai. twvien. ac. at. by somebody who signed "Dave". , . . . Why then the "logic" in "fuzzy logic"? I don't think anyone has successfully used fuzzy sets for logical inference, nor do I think anyone wiH. In my admittedly neophyte opinion, "fuzzy logic" is a misnomer, an oxymoron. (1 would be delighted to be proven wrong on that. ) . . . I carne to the fuzzy literature with an open mind (and open wal­ let), high hopes and keen interest. I am very much disiHusioned with "fuzzy" per se, but I did happen across some extremely interesting things along the way. " Dave, thanks for the nice quote! Enthusiastic on the surface, are not many of us suspicious deep down? In some books and journals the word fuzzy is religiously avoided: fuzzy set theory is viewed as a second-hand cheap trick whose aim is nothing else but to devalue good classical theories and open up the way to lazy ignorants and newcomers.