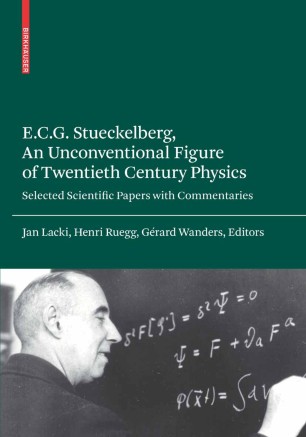 Born in 1905, Ernst C. G. Stueckelberg was professor of theoretical physics at the Universities of Geneva and Lausanne in the years 1930-1970. He was one of the most eminent Swiss physicists of the 20th century. His breakthroughs, from his causal S-matrix to the renormalization group, have influenced the development of contemporary theoretical physics.

The book presents a selection of his most important scientific papers. They are preceded with a series of introductory essays, contributed by scientists and historians, specialists of Stueckelberg’s achievements and time. These essays deal with the scientific context and the issues of the various topics that Stueckelberg tackled in his scientific career and serve as an enlightening complement to the reprinted papers. The volume also contains Stueckelberg’s concise biography and an exhaustive list of his publications. It ambitions to provide an authoritative source gathering in a single place all the material needed to assess the scientific achievements of one of the most important, albeit somehow overlooked, scientists of 20th century.