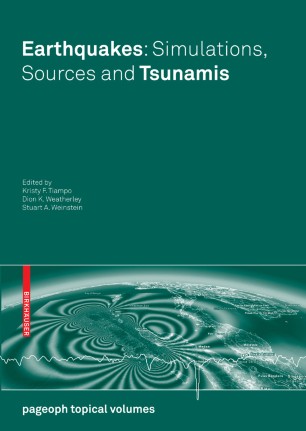 In recent years, large earthquakes in the circum-Pacific region have repeatedly demonstrated its particular vulnerability to this potentially devastating natural hazard, including the M ~ 9.2 Northern Sumatra earthquake and tsunami of 2004 which resulted in the deaths of nearly 300,000 people. In the late-1990s, major advancements in seismic research greatly added to the understanding of earthquake fault systems, as large quantities of new and extensive remote sensing data sets, that provided information on the solid earth on scales previously inaccessible, were integrated with a combination of innovative analysis techniques and advanced numerical and computational methods implemented on high-performance computers. This book includes a variety of studies that focus on the modeling of tsunamis and earthquakes, both large-scale simulation and visualization programs, as well as detailed models of small-scale features. Particular attention is paid to computational techniques, languages, and hardware that can be used to facilitate data analysis, visualization, and modeling. Also included are studies of several earthquake forecasting techniques and associated comparisons of their results with historic earthquake data. Finally, the volume ends with theoretical analyses of statistical properties of seismicity by internationally recognized experts in the field. This volume will be of particular interest to researchers interested in the multiscale simulation and visualization of large earthquakes and tsunamis.