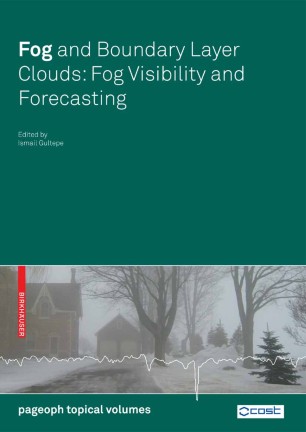 The e?ect of fog on human life was recognized in the early ages of mankind but its impact has signi?cantly increased during recent decades due to increasing air, marine, and road tra?c. In fact, the ?nancial and human losses related to fog and low visibility became comparable to the losses from other weather events, e.g., tornadoes or, in some situations, even hurricanes. The purpose of this review is to summarize the earlier works on fog and to lay a basis for the articles presented in this special issue and outline perspectives for future fog research. The earliest works on fog can be traced back to Aristotle’s Meteorologica (284– 322 B.C.). These were extensively referenced by NEUMANN (1989) in his study of early works on fog and weather. This paragraph is mainly based on his detailed work. In the English translation by H.D.P. Lee (1962, ARISTOTLE), a statement is given on the relationship between fog and good weather. Also, NEUMANN (1989) relates a poem by ARATUS (315–240 B.C.), which was referred to as Prognostication Through Weather Signs, in an English translation by G.R. Mair (ARATUS, 1921).