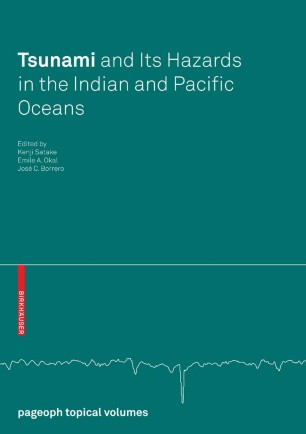 Tsunami and Its Hazards in the Indian and Pacific Oceans

Tsunamis like the Indian Ocean tsunami caused by the Sumatra-Andaman earthquake in 2004 or the Chilean earthquake in the Pacific Ocean in 1960 motivate international collaborations for the development of tsunami warning systems. Since 1960 the Tsunami Commission, established by the International Union of Geodesy and Geophysics, has been holding a biannual International Tsunami Symposium (ITS).

This volume contains 20 contributions of leading scientists mostly presented at the 22nd International Tsunami Symposium held in summer 2005 in Greece. Consolidated findings based on hydrophone records, seismometer readings, and tide gauges are presented. Reports of post-tsunami surveys and numerical simulations for tsunamis such as the 2004 Indian Ocean event, as well as geological studies of tsunamis in Japan, Central and North America are given. Probabilistic tsunami hazard analysis and tsunami warning systems, among others, are described as are methods to predict tsunamis and mitigate their hazards.