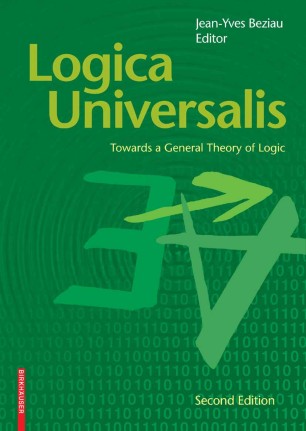 Towards a General Theory of Logic

"I find this book extremely useful and important, because it signifies the arrival of a new renaissance in logic, a new revival not only of logic, but of the vision of logic as a unifying tool for science as a whole, including mathematics, physics, cosmology, computer science and AI. The book and the vision behind it give logic, conceived as a scientific study of rationality, new unifying power, new perspectives, and new horizons."

"Modern logic has been intimately connected with algebra since its origins in figures such as Boole, De Morgan, and Peirce. But while universal algebra is a long recognized field, universal logic has only recently been named as such. This is perhaps because classical logic was until relatively recently taken by many as the "one true logic". But with the proliferation of special purpose non-classical logics in recent years, universal logic is clearly a field whose time has come. This book contains many excellent papers demonstrating the value of this approach."

"Modern logic is exploding into manifold applications, and its core research agenda is expanding accordingly. Thus, it becomes of great importance to reflect and rethink the notion of a logical system, which has served us so well for a century now. This book contains timely, broad, and unifying reflections on logical systems and logical consequence, and helps us think where our discipline is going."