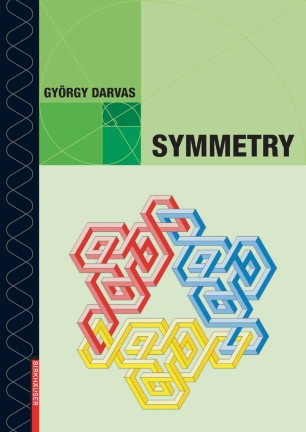 All of us have a certain conception of what symmetry means, at least as far as its main forms are concerned (like mirror-reflection or rotation, but only rarely translation). What are the common features of these transformations? How can one generalise them to explain similar phenomena that appear in different arts and sciences? What other forms of symmetry can we include in the scope of our study by the application of these generalised rules? How can a common phenomenon lend possible solutions from one discipline to another? Did you know that symmetry is a universal concept that has appeared in all cultures since prehistoric times, accompanying us through the history of mankind? What important role have asymmetries like the one-handedness of the neutrino played in the formation of matter, from the assumed Big Bang through to the asymmetries of the human brain? This book tries to explain these and a number of related questions.
This is the first comprehensive book on the topic since the publication of H. Weyl’s popular book on symmetry more than fifty years ago. It is relevant to almost all fields of science where symmetry appears as a phenomenon or is applied as a method, and where the concept is present in contemporary sciences, humanities and arts.

Symmetry used to be a fundamental phenomenon in crystallography, where its basic concept was elaborated, in morphological biology, and of course in mathematics, which provided its exact description. In the last half century symmetry (and symmetry breaking) has become a leading principle in physics, in all sciences that deal with the structure of matter, as well as in the biochemistry of proteins, the study of the genetic code, brain research (where functional asymmetries have been revealed), psychology, and in developing architectural structures and in business decision-making, to name but a few examples. This book seeks to find common regularities among these apparently disparate phenomena. It covers most of the achievements reached in the sciences in recent decades that have been given new impetus by the mutual influences of art and science related to symmetry (or the lack of it).

Following two introductory chapters, which include the newest generalisation of the concept of symmetry and outline a historical approach, the author leads the reader, step by step, from the relevant basic phenomena to the most typical applications of different appearances of symmetries in the sciences and the humanities. Several references are made to the history of science and art and to philosophical conclusions. The author avoids unnecessary detail and gives many examples, providing 350 illustrations. The essential knowledge on the topic is arranged in an ontological order, following the self-organisation of matter from investigations into inanimate nature, through the formation of organic matter, to the products of the human mind.

As is demanded by the formulation of the fundamental knowledge for a new discipline, the book keeps to scientific standards. It exceeds the limits of popular science, and is formulated at a university level. Although it presumes the knowledge of an average university student, it avoids difficult mathematical formulations in order to make the subject understandable for adherents of other disciplines.