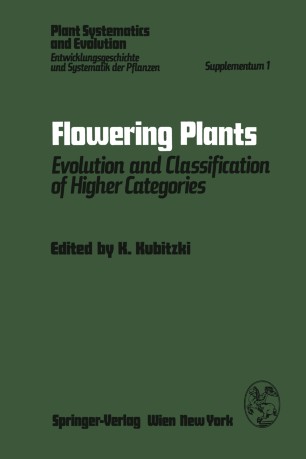 The original suggestion to organize a symposium about the classi­ fication and evolution of the Flowering Plants was made at, the International Botanical Congress at Leningrad in 1975, and the idea was so well accepted by several colleagues that plans for such a symposium quickly took shape. An organizing committee consisting of Professor H. MERXMULLER, Miinchen, Professor V. H. HEYWOOD, Reading, and Professor K. KUBITZKI, Hamburg, was set up. The conference took place on 7-12 September 197tl in the Institut fiir Allgemeine Botanik of the University of Hamburg under the auspices of the International Association for Plant Taxonomy and was at­ tended by 80 participants from 14 countries. There have been several meetings in recent years which have dealt with the origin and evolution of the Flowering Plants so that it might be questioned whether yet another symposium dealing with more or less the same subject were really "justified. As the reader will see from the contents of the book, this symposium differed from similar ones held recently in two respects: 1. Emphasis was given to methodological aspects of the classification of higher taxa, and 2. much classificatory and evolutionary evidence relating to the higher taxa of Flowering Plants was presented.