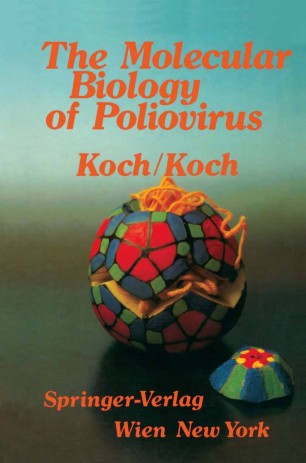 The Molecular Biology of Poliovirus

Years ago when we were asked to write a book on the present-day knowledge of the molecular biology of poliovirus, we did not expect that such an apparently simple task could involve so much time and effort. Our writing was hampered by the fact that both of us are full time "workers", so that this monograph is mainly a spare time expedience. The main attention of this book focuses on a detailed review of the molecular biology of poliovirus and especially on the advances of the last decade; medical and environmental aspects are only briefly mentioned. Observations from older studies are considered in view of more recent information. Some of the older ob­ servations provided fundamental insights and paved the way for present day research; too often such data has been neglected or independently rediscovered. Today, poliovirus research has again attracted considerable interest. High points gained within the last few years were the elucidation of the complete nucleotide sequences of the RNAs of the three poliovinls serotypes and the corresponding vaccine strains, the demonstration of genome evolution during transmission of poliovirus in an epidemic, further characterization of the antigenic sites on the virus particle and of the antigenic drift, characterization of alternate conforma­ tional states of the virion capsid, the development of monoclonal antibodies against some of the virus proteins, observations on the role of the plasma membrane, cytoskeleton, and cytoplasmic membranes as mediators in the virus­ induced redirection of the synthetic machinery of the host cell, and characteriza­