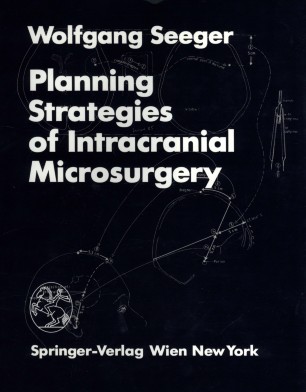 In the previous volume, "Differential Approaches in - if approach is hindered through such variants, or - if the lesion itself has a close relationship to impor- Microsurgery of the Brain", the particularly prob­ lematical operations in the depth of the brain around tant vessels, for example, if arteries penetrate or the brainstem were covered. Even more than in other are just adjacent to a meningioma. operations on the brain, it was important here to decide before the operation which from several pos­ On the basis of this method, it was obvious to first sible approaches would be chosen. Therefore in this present the description of the veins and then to con­ present volume, it was obvious to try to describe sider the arteries and not to choose the direction of microsurgical operations of the brain primarily under the blood flow in the image analysis, as is usually the aspect of preoperative planning. This is done by done. Only then can one judge which problems might presenting the usual daily preliminary discussions be encountered. Certainly only a part of the suspected which have taken place in the Freiburg Clinic for the problems will show up during the operation. How­ last ten years. On the day before surgery, these ever, in view of the great number of possible difficul­ discussions are always carried out according to the ties, one should also be prepared for rare complica­ same principle: tions.