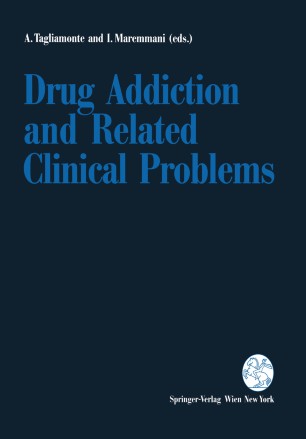 Many of the questions related to the treatment of drug addiction originate from the confusion that still characterizes this issue, even though biology is irreversibly changing our outlook on the physiology and psychopathology of the mind. In fact, prejudices stemming from the archaic concept of mind-body dualism are so difficult to eradicate that even a skilled psychiatrist may find it hard to distinguish a psychiatric symptom from a socially transgressive behavior. The dilemma becomes even more salient for drug addiction, since many of the substances which induce abuse and dependence are illegal, and their production, trade and use are forbidden by law. If the use of heroin is connoted as a crime, it may become controversial to recognize its chronic sequelae as a disease. Hence, withdrawal symptoms may alternatively be attributed to drug effects, or labelled as immoral attitudes arising from a vicious personality. However, the physician's judgement, which has to be merely instrumental at improving the patient's quality of life, should never be influenced by such complex setting. In fact, the only concern of the physician must be that of ascertaining the causes of symptoms and of removing them: if symptoms are induced by the toxic effect of a drug, he has to use the most effective antidote, and then proceed towards a detoxification; if they are due to withdrawal, a substitutive substance should be given initially. In the case of narcotics, substitutive therapy on a maintenance basis may become mandatory.