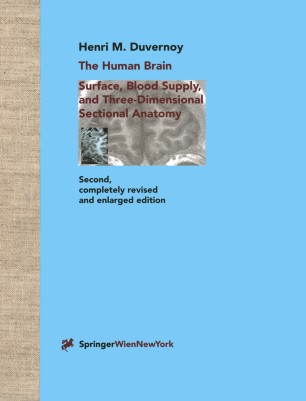 The recent progress of medical imaging due to the scanner, the MRI, and the three-dimensional reconstruction of cerebral structures calls for a better knowledge of brain anatomy; it is to be noted, though, that the accurate anatomy of the brain surface was already known thanks to the pio­ neering work of late-nineteenth-and early-twentieth-century research workers, such as Eberstal­ ler (1884), Cunningham (1892), Dejerine (1895), Retzius (1896), Zuckerkandl (1903), Elliot-Smith (1907) [14, 15,22,29, 30, 56, 751. Since then, more recent techniques have led to a precise view of the deeper structures. But, as those details were not visible in vivo before the diffusion of scanner and magnetic-resonance-imaging (MRI) exploration, such knowledge was deemed superfluous, or even useless. Nowadays, this situation has drastically changed and the neurologists, neurosur­ geons, and neuroradiologists acknowledge the need to know more about anatomy. The aim of this volume is to provide those specialists with that information for their own research. A number of atlases do exist at the present time [15,52,58, 156-195], but we felt that the serial were not enough if not made obvious, being defined in relation with the sections by themselves brain surface as shown in Figs. 26, 139, and 175. However, this three-dimensional-representation technique of coronal, sagittal, and horizontal sections makes the study of only one hemisphere ne­ cessary so as to locate each section with respect to its several aspects.