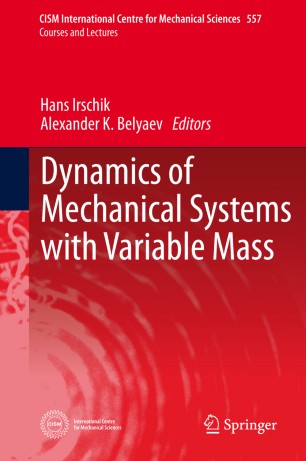 The book presents up-to-date and unifying formulations for treating dynamics of different types of mechanical systems with variable mass. The starting point is overview of the continuum mechanics relations of balance and jump for open systems from which extended Lagrange and Hamiltonian formulations are derived. Corresponding approaches are stated at the level of analytical mechanics with emphasis on systems with a position-dependent mass and at the level of structural mechanics. Special emphasis is laid upon axially moving structures like belts and chains, and on pipes with an axial flow of fluid. Constitutive relations in the dynamics of systems with variable mass are studied with particular reference to modeling of multi-component mixtures. The dynamics of machines with a variable mass are treated in detail and conservation laws and the stability of motion will be analyzed. Novel finite element formulations for open systems in coupled fluid and structural dynamics are presented.