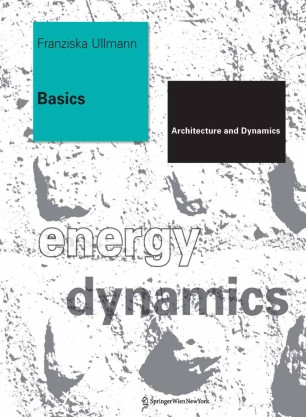 Basics – the phenomena of form

How do architecture and environmental art communicate with us?

What is centered and what is directional?

How can forms be used to generate spaces in our lives?

The effect of architectural and artistic forms is based on the phenomena of the basic elements: point, line and plane. Architectural space is defined by its boundaries, where each element is evaluated by its inherent energies. As architecture is also the organization of space, these elements are described in terms of their influence on each other and on their surroundings. In an attempt to understand these elements in terms of architecture, this book examines them based on the research of Bauhaus member Wassily Kandinsky.

Through the inherent qualities of these elements we can understand the effect of energies, tensions, and dynamics in all existing objects, buildings and landscapes as the organization of movement and stillness.

This book contains an abundance of diagrams and examples especially selected to describe these elements and their architectural manifestations and to show the manifold ways in which they communicate with us.

In Basics the borders between architecture and art disappear making them accessible to everyone interested in these fields.