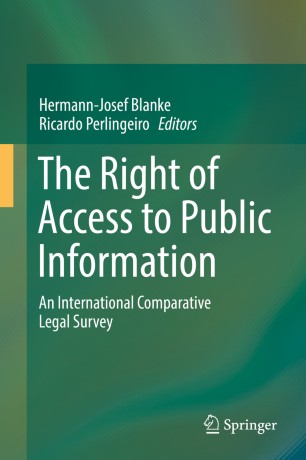 This book presents a comparative study on access to public information in the context of the main legal orders worldwide(inter alia China,France,Germany,Japan,Russia,Sweden,United States).The international team of authors analyzes the Transparency- and Freedom-to-Information legislation with regard to the scope of the right to access, limitations of this right inherent in the respective national laws, the procedure, the relationship with domestic legislation on administrative procedure, as well as judicial protection. It particularly focuses on the Brazilian law establishing the right of access to information, which is interpreted as a benchmark for regulations in other Latin-American states.