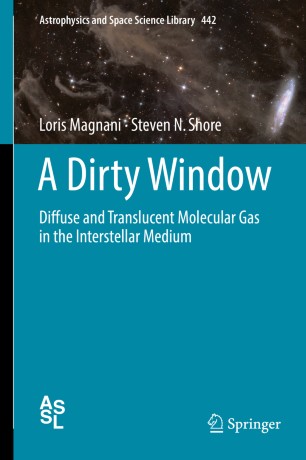 Diffuse and Translucent Molecular Gas in the Interstellar Medium

This book provides an introduction to the physics of interstellar gas in the Galaxy. It deals with the diffuse interstellar medium which supplies a complex environment for exploring the neutral gas content of a galaxy like the Milky Way and the techniques necessary for studying this non-stellar component. After an initial exposition of the phases of the interstellar medium and the role of gas in a spiral galaxy, the authors discuss the transition from atomic to molecular gas. They then consider basic radiative transfer and molecular spectroscopy with particular emphasis on the molecules useful for studying low-density molecular gas. Observational techniques for investigating the gas and the dust component of the diffuse interstellar medium throughout the electromagnetic spectrum are explored emphasizing results from the recent Herschel and Planck missions. A brief exposition on dust in the diffuse interstellar medium is followed by a discussion of molecular clouds in general and high-latitude molecular clouds in particular. Ways of calibrating CO observations with the molecular hydrogen content of a cloud are examined along with the dark molecular gas controversy. High-latitude molecular clouds are considered in detail as vehicles for applying the techniques developed in the book. Given the transient nature of diffuse and translucent molecular clouds, the role of turbulence in the origin and dynamics of these objects is examined in some detail.

The book is targeted at graduate students or postdocs who are entering the field of interstellar medium studies.