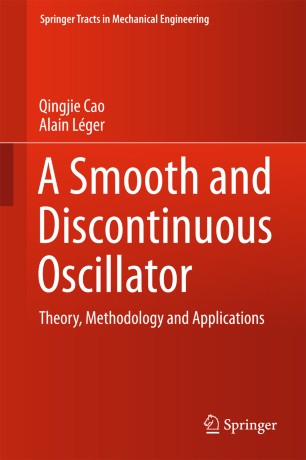 A Smooth and Discontinuous Oscillator

This is the first book to introduce the irrational elliptic function series, providing a theoretical treatment for the smooth and discontinuous system and opening a new branch of applied mathematics. The discovery of the smooth and discontinuous (SD) oscillator and the SD attractors discussed in this book represents a further milestone in nonlinear dynamics, following on the discovery of the Ueda attractor in 1961 and Lorenz attractor in 1963.

This particular system bears significant similarities to the Duffing oscillator, exhibiting the standard dynamics governed by the hyperbolic structure associated with the stationary state of the double well. However, there is a substantial departure in nonlinear dynamics from standard dynamics at the discontinuous stage. The constructed irrational elliptic function series, which offers a way to directly approach the nature dynamics analytically for both smooth and discontinuous behaviours including the unperturbed periodic motions and th

e perturbed chaotic attractors without any truncation, is of particular interest.

Readers will also gain a deeper understanding of the actual nonlinear phenomena by means of a simple mechanical model: the theory, methodology, and the applications in various interlinked disciplines of sciences and engineering. This book offers a valuable resource for researchers, professionals and postgraduate students in mechanical engineering, non-linear dynamics, and related areas, such as nonlinear modelling in various fields of mathematics, physics and the engineering sciences.